Extremophile Hurricanes | weatherology°
This website uses cookies to improve your user experience and for analytical purposes. By clicking the "Accept & Close" button, you agree to the storing of cookies on your device while using this site. Please see our privacy policy to learn more about how and why we use cookies.

A large expanse of warm, tropical ocean water is the usual environment that comes to mind when talking about hurricane or tropical cyclone formation. For hurricanes to form and sustain on present-day planet Earth, you ideally need ocean water 80 °F or greater. However, a 2019 study from researchers at MIT and Purdue University shows that storms similar to Earth’s warm-core tropical cyclones are also possible in very cold and dry locations.

Using computer simulations of a basic, rotating atmosphere with a flat surface, which could range from fully-wet to completely dry, and with widely-varying surface temperature scenarios, the researchers were able to generate hurricane-like storms with surface temperatures as cold as -28 °F and completely dry conditions. In fact, at the same surface temperature, the number of hurricanes per unit area was actually higher in the case of a dry atmosphere than in the case of a completely wet surface. These simulated “dry hurricanes” were generally weaker and smaller than present-day tropical cyclones, though they did share similar characteristics such as a relatively warm core, with the strongest winds near the center in an eyewall-like structure.

Looking at extreme cases such as these shows that hurricane-like storms were possible even in Earth’s distant past when temperature and moisture regimes were much different than they are today. They also point to the potential for dry hurricanes on other planets in our solar system, like Mars, or even beyond our solar system to recently discovered exoplanets. 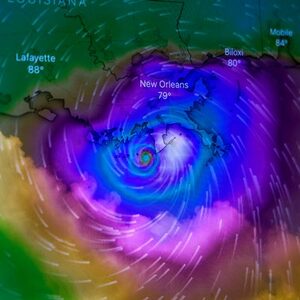 Like typical hurricanes on Earth, the simulated "dry hurricanes" had the strongest winds near the center of the storm in an eyewall-like structure 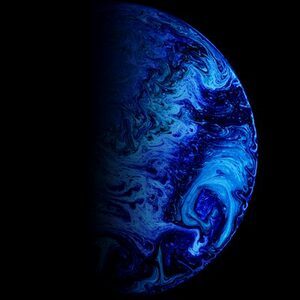 Dry, cold hurricanes may be possible in the exotic atmospheres on some exoplanets beyond our solar system
Next
Wetlands – The Natural Filter