Rainforests of the Sea | weatherology°
This website uses cookies to improve your user experience and for analytical purposes. By clicking the "Accept & Close" button, you agree to the storing of cookies on your device while using this site. Please see our privacy policy to learn more about how and why we use cookies.

Rainforests of the Sea

Sometimes called the tropical rainforests of the sea, coral reefs cover just one percent of the ocean floor worldwide but support 25 percent of all marine species. In recent decades, both coral reef and tropical rainforest ecosystems have been declining due to human influence, including climate change. Coral reefs, in fact, have been declining at twice the rate of tropical rainforests. Off the coast of Florida, for example, 50% of the coral has died off completely. Global warming has long been pointed to as the main culprit, when trying to explain this dramatic coral reef decline. However, a long-term study at Looe Key reef (just off the Florida Keys) lead authored by Brian Lapointe of Florida Atlantic University's Harbor Branch Oceanographic Institute shows that human pollution, in conjunction with warmer ocean waters, has led to the coral reef decline off the coast of Florida.

Reef sites around the Florida Keys are exposed to runoff from the Florida Everglades through a waterway known as Shark River Slough. The Everglades are part of a large drainage basin which drains inland areas of Florida as far north as Orlando. In the intervening land between the Everglades and Orlando are large tracts of agricultural land where increasing levels of nitrogen from fertilizers are being released. This nitrogen ends up in the Everglades watershed, gets discharged into the ocean currents through Shark River Slough, especially during heavy rain events, and eventually winds its way past Looe Key.

When exposed to increased levels of nitrogen, corals lose much of their resiliency to thermal stress from the warming ocean waters. They also become more susceptible to disease, which can lead to coral bleaching and eventually the death of the coral. The key finding in this latest study, which shows that warming ocean water, alone, isn’t to blame for the decline in Florida’s coral reefs, is the fact that peak summer temperatures exceeded the threshold for coral bleaching (30.5 °C) in many of the years over the course of the 3-decade study. However, the 3 largest mass coral bleaching events occurred only in the years following increased land-based runoff.

Although the conservation outlook for the coral reefs surrounding Florida is currently bleak, this study also shows that local communities have the power to help save these important ocean ecosystems by reducing fertilizer inputs into the watershed, improving sewage treatment, and through better management of stormwater runoff on mainland Florida. 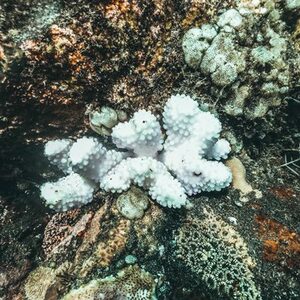 An example of coral bleaching 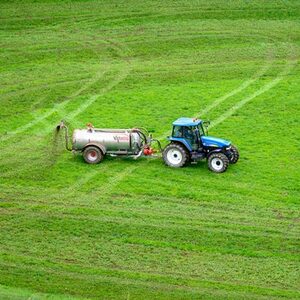 Sunset over the Florida Everglades
Next
Lightning as Cleansing Agent