The Schoolchildren's Blizzard of 1888 | weatherology°
This website uses cookies to improve your user experience and for analytical purposes. By clicking the "Accept & Close" button, you agree to the storing of cookies on your device while using this site. Please see our privacy policy to learn more about how and why we use cookies.

The Schoolchildren's Blizzard of 1888

Residents of the northern plains of the United States are no strangers to blizzards. In fact, these whiteout snowstorms, with winds greater than 35 mph, occur so frequently, that the Dakotas, Minnesota, into Nebraska, and Iowa have been called “Blizzard Alley.” However, before today’s modern technology advanced the science of meteorology to the state-of-the-art of today; blizzards on the plains often came without warning and were capable of killing hundreds. One of the worst such blizzards was the Schoolchildren’s Blizzard of January 12, 1888, which contributed to a loss of life estimated at between 250 and 500 people.

The morning of January 12 started out relatively mild across much of the northern plains. Conditions were mild enough that some schoolchildren left home to attend their one-room schoolhouses (some made only of prairie sod) without hats or mittens. During the course of the school day, though, a fast-moving Arctic cold front swept across the Dakotas reaching western Minnesota and eastern Nebraska, tragically, near school dismissal time.

Temperatures dropped from above freezing to -20 to -40°F in a matter of hours. Winds gusted to 60 mph, and visibilities were so low, due to the blowing snow being as “fine as sifted flour,” that being out in the storm “one could not see one’s hand in front of one’s face.”

One famous story concerned the 19-year-old schoolteacher, Minnie Freeman, who reportedly led her schoolchildren from the crumbling sod schoolhouse to her boarding house, a quarter of a mile away. According to some accounts, she tied the children together to keep them from wandering off and becoming lost in the storm. She and all her pupils made it to safety. There are many accounts of people caught out in the storm, where the only shelter they could find was to burrow themselves into a hay bale to get out of the frigid wind.

Blizzards are frequent occurrences in the northern plains, even in today’s modern technological era. Thankfully, the magnitude of the loss of life experienced in the Schoolchildren’s Blizzard of 1888 will probably never be experienced again in this country. Not forgetting these vivid historical accounts of severe winter weather in “days gone by” is the perfect antidote to a complacent attitude about being prepared for the worst winter can throw at you. 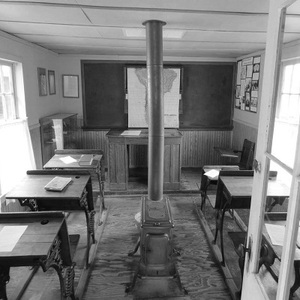 Replica of a one-room schoolhouse from the 1800s 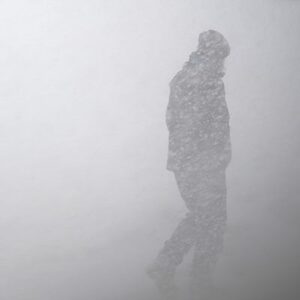