Mountain Snowpack – A New Estimate | weatherology°
This website uses cookies to improve your user experience and for analytical purposes. By clicking the "Accept & Close" button, you agree to the storing of cookies on your device while using this site. Please see our privacy policy to learn more about how and why we use cookies.

Love it or hate it, snow is an important part of the global water cycle. In fact, for many parts of western North America, mountain snow comprises a large part of the yearly water supply. The complexity of topography, as well as the relative sparsity of observing stations in mountainous areas, makes estimating the amount of snow that falls there a difficult task. A study published early in 2018 indicates that mountainous areas of North America may contribute much more to the yearly supply of freshwater than previously thought.

Using the Weather Research and Forecasting (WRF) model, scientists from Ohio State University, the University of North Carolina at Chapel Hill, as well as NOAA were able to simulate mountain snow accumulation for a representative (average) year across the higher terrain of North America to a resolution of 9 km. This was then combined with the better coverage of snowfall data for the lower elevation areas to give a complete, more accurate figure of the snow water storage (SWS) for all North America.

With the higher resolution modeling, they found that although mountains make up only 25% of the land area of North America, they contain 60% of the snow water storage. Previous estimates had put this share for mountainous areas at closer to 31% of the SWS. Across all North America, this new estimate for liquid equivalent of all the snow that falls in a typical year is enough water to flood the entire continent 2.5 inches deep, or the state of Ohio to a depth of 50 feet! That is quite the snowpack! 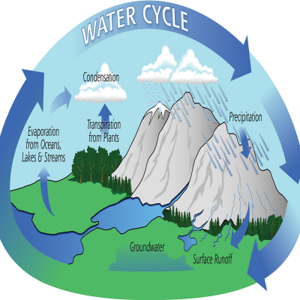 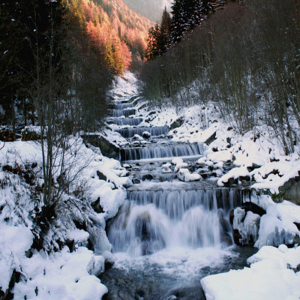 For much of western North America, mountain snow makes up a large part of the yearly water supply
Next
The Labor Day Hurricane of 1935