Ice – A Slippery Subject | weatherology°
This website uses cookies to improve your user experience and for analytical purposes. By clicking the "Accept & Close" button, you agree to the storing of cookies on your device while using this site. Please see our privacy policy to learn more about how and why we use cookies.

It's a physical property that can cause auto accidents, slips, and falls, but also enables such winter sports as figure skating and ice hockey. The slipperiness of ice has long been both a curse and a blessing. Even though this quality has long been recognized, it has not been fully understood by scientists until very recently. Previously, the main cause of ice's low friction has been theoretically attributed to a very thin layer of meltwater which lubricates the surface whenever another surface rubs up against the ice. Not until a 2019 study by two teams of French researchers were the properties of this minuscule meltwater layer able to be fully measured and documented in the lab.

The apparatus which was used in this latest study of ice was based on the simple tuning fork. Attached to this tuning fork was a bead of glass just a few millimeters in diameter. As the tuning fork vibrates, the small glass bead is both moved laterally (back and forth) across the surface, as well as vertically (up and down). Sensors attached to the tuning fork then measure the change in acceleration and change in position as the glass bead interacts with the ice.

The French scientists confirmed that a very thin layer of meltwater was generated as the glass bead created friction against the ice. This layer of water was an incredibly thin 100-500 nanometers in thickness, or up to one thousandth the thickness of a human hair. This layer of meltwater also displayed an unusual property compared to conventional water. It had a viscosity more like oil. While ordinary water is too thin and “runny” to provide much lubrication and reduction in friction, this oil-like, slimy liquid is the primary cause of ice's slippery properties.

Now with a better understanding of the microscopic mechanics at work when gliding on ice, it is hoped that new innovative solutions can be devised to increase friction on icy roads and help prevent those dangerous and costly wintertime accidents. 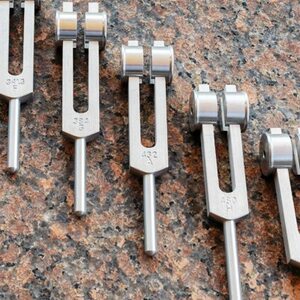 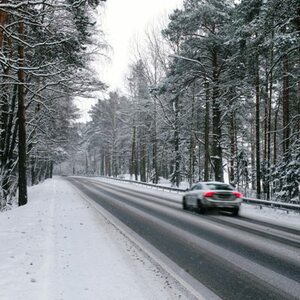 The slipperiness of ice can be a blessing for winter sports, but also can be a curse for winter driving
Next
Urban Storm Enhancement