Reexamining a Great Lakes Disaster | weatherology°
This website uses cookies to improve your user experience and for analytical purposes. By clicking the "Accept & Close" button, you agree to the storing of cookies on your device while using this site. Please see our privacy policy to learn more about how and why we use cookies.

Hurricane-force wind gusts, with waves over 25 feet high, are not the usual conditions one associates as being possible on a lake. However, these very conditions were being experienced at the time the freighter ship SS Edmund Fitzgerald sank on November 10, 1975 in southeastern Lake Superior. 29 crewmen lost their lives in the wreck of the Fitzgerald, which is still the largest ship to ever sink in the Great Lakes. Recent advances in computer modeling afford a more detailed view of the true severity of this 1975 storm.

The Fitzgerald set off on the afternoon of November 9, 1975 hauling iron-ore from Superior, WI with a destination of Detroit, MI. At the same time, a low-pressure system was rapidly developing across the southern Plains and working northeastward toward the Great Lakes. By the time the Fitzgerald reached southeastern Lake Superior, the evening of November 10th, wind gusts were reported as high as 86 mph with significant wave heights of 18 to 25 ft.

During this 1975 storm, there were only 31 weather observations taken by ships on Lake Superior. Considering the size of this largest freshwater lake, this averages to one observation per hour over an area the size of the state of South Carolina. However, inputting the upper-air and surface weather conditions into modern computer models gives a much clearer view of the exact conditions probably experienced by the Fitzgerald. These models show that the ship unfortunately sailed into the area of largest storm waves the evening it sank, with waves of over 7.5 meters or 25+ ft.

Since the disaster, much has been learned about weather and waves to show how the ship and her crew happened to sail into the wrong place at the wrong time that stormy November evening. While there are still many questions as to further causes of the sinking, one thing is certain; a storm on the Great Lakes can definitely live up to its colloquial name, the “Witch of November.” 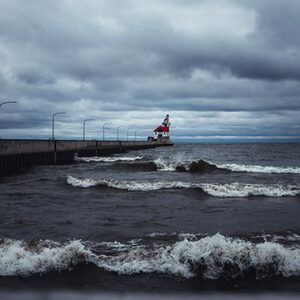 The Edmund Fitzgerald took off from Superior, WI, near Duluth, MN on the afternoon of Nov. 9, 1975 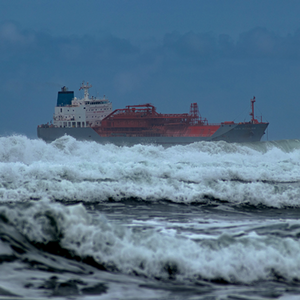 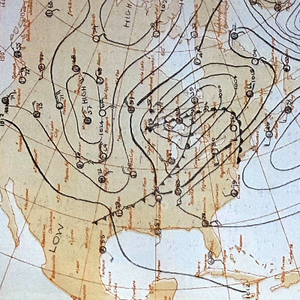 A strong low pressure system working northeast across Lake Superior caused the severe conditions which led to the sinking of the Edmund Fitzgerald
Next
Wildlife Wednesdays: Lab Animals Can Be Adopted!