Computers have been used to help forecast the weather even since the first electronic, general-purpose computer debuted. In 1950, ENIAC was used to run a simple (by today's standards) set of mathematical equations to predict the air flow in the upper levels of the atmosphere. The supercomputers used today in weather prediction are capable of 1,000 trillion more operations per second than ENIAC could accomplish. Along with more sophisticated mathematical equations to model the processes that occur in the atmosphere and the advent of satellites to collect weather data in previously data-sparse regions, forecasts have improved markedly in just the past 30 years. Will this improvement in forecast skill continue in the future? According to a 2019 study headed by Dr. Zhang of Penn State, numerical weather prediction still has room for improvement, but the ultimate limit to how far in advance the weather can be accurately predicted, even if the forecast model and initial conditions are nearly perfect, is about two weeks.

In the first figure provided, the increasing skill of the ECMWF (Euro) Model over the period 1981-2017 is shown for the 3-day (blue), 5-day (red), 7-day (green), and 10-day (yellow) forecasts. Compared with 30 years ago, the 10-day forecast, currently, is about as accurate as the 7-day forecast was in the late 80s. In order to test if these improvements will continue in the future, the research team used the two most advanced global forecast models available today, the 9-km Euro Model and the 3-km U.S. Next-Generation Global Prediction System. Starting with near-perfect initial conditions, they tested the forecast skill for two events: a cold surge in northern Europe in January of 2016, and a summer flood event in China in July of that year. Independent of each other, the two models were able to predict the two events with reasonable skill up to about 2 weeks in advance.

This experiment shows that even with today’s state-of-the-art models, which have reasonable accuracy out to about 9 or 10 days, there is still room to improve forecast accuracy by another 5 days. According to the study’s lead author, "Achieving this additional predictability limit will require coordinated efforts by the entire community to design better numerical weather models, to improve observations, and to make better use of observations with advanced data assimilation and computing techniques." 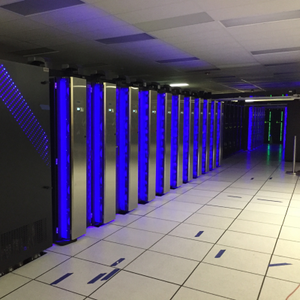 The previous Dell upgrade to NOAA's stable of supercomputers, total processing speed back in 2018 was 8.4 petaflops, but a new upgrade of Cray supercomputers looks to increase NOAA's computer power to 40 petaflops by early 2022 - [NOAA]
Next
Professor Paul Thursday - What is the Heat Index?