Professor Paul Thursday- Is It Really Windier In Cities? | weatherology°

Professor Paul Thursday- Is It Really Windier In Cities?

Anyone who has walked through a downtown area dotted with skyscrapers has at one time or another battled strong winds as they make their way to their destination. It is no surprise that when winds make their way into a city, they do get deflected off of buildings and in some cases magnified to a great extent. When winds travel across rural areas, the lack of man-made structures makes for a more constant wind speed and direction compared to how winds act when traveling through a downtown area. Let's dig into the physics as to why this is the case.

Air acts much like a fluid in the way that it flows around obstacles. Because of this, the concepts of fluid dynamics also apply to the properties of air flow. In 1797, an Italian physicist named Giovanni Venturi made an important discovery to fluid dynamics, called the "Venturi effect." He found that when a fluid flows through a pipe and one section of the pipe has a narrowed diameter compared to the rest, the speed of the fluid will increase in the narrowed section. Anyone who has put their finger over the end of a garden hose to increase the water flow has demonstrated this concept without probably knowing it. The Venturi effect is based on how the rate of flow must remain constant no matter what diameter the fluid is squeezed into. This dictates that when the flow is constricted, the speed of the flow must increase in order to keep the same amount of water flowing through.

The Venturi effect comes to the forefront when studying how winds behave in cities. When tall buildings are lined up in rows that are parallel to the prevailing winds, the wind flow gets squeezed between the buildings, resulting in a significant increase in speed. This explains why wind speeds vary greatly throughout a downtown area.

The other factor that comes into play is called the "downdraught effect." This dicates that when winds at higher altitudes run into skyscrapers, the wind deflects both upward and downward. The portion that is deflected downward makes it down to street level and then accelerates in various directions away from the buildings.

In some cities, architects study how a proposed skyscraper will impact wind flows in the area. Then an independent group verifies the developer's findings to make sure they are deemed accurate before the plan is approved. Unfortunately, much of the infrastructure is already present in the world's major urban areas, so don't expect the unpredictability of the winds in cities to improve any time soon. 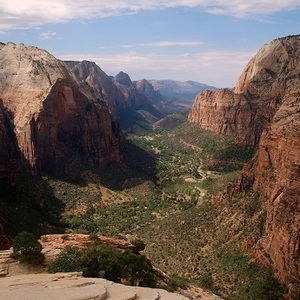 Canyons and valleys can also act to increase wind speeds due to the Venturi effect. 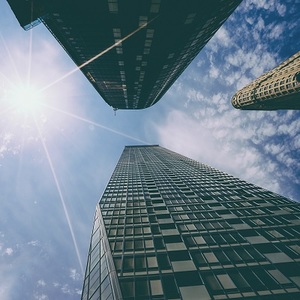 Skyscrapers are responsible for deflecting high level winds down to the surface.
Next
Wildlife Wednesdays: Shrinking Birds